Together we enjoy life 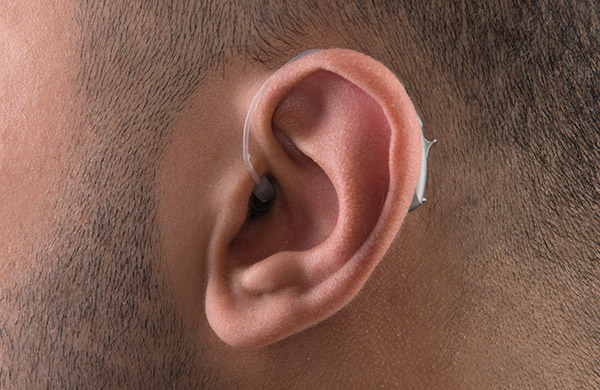 In this condition, the patient hears a continuous or temporary noise in one or both ears, which causes continuous discomfort even though it is not actually present in the surrounding environment. It develops as a result of circulatory disorders, seizures, muscle contractions and cramps or aging. Its treatment requires an attempt to eliminate the causes. The use of hearing aids in cases of hearing impairment can greatly reduce awareness of this ringing sound.

Also known as central auditory processing disorder (CAPD), this disorder affects both adults and children alike. Patients have normal structure and performance of the entire ear in its different parts, but a dysfunction in the central nervous system (the brain). This causes an inability to recognize and interpret sounds, difficulty in identifying sources of sound and failure to distinguish similar words. Children who are affected are less responsive to sounds, have low comprehension of information and suffer from inability to express themselves.

This mental health disorder is characterized by excessive activity, reckless behaviour and an attention deficit, which adversely affects performance at school or work. Symptoms begin in childhood and continue until puberty. Despite similarity between symptoms in childhood and adulthood, the disorder is not diagnosed in some cases until the age of puberty. Symptoms include impulsiveness, poor time management, poor planning, difficulty performing multiple tasks, mood swings, quick temper and inability to withstand stress. These symptoms are very similar to what we all go through during our lives, which makes the disorder difficult to diagnose. However, if they interfere with daily life and cause damage or problems to those affected by them, they can be confirmed as clinical.

ASD includes a series of disorders that were previously classified separately. This is why it is called a “spectrum”. Autistic patients suffer from brain dysfunction which affects their recognition of others and how they interact with them socially. Symptoms begin to appear in early childhood and worsen until they cause social problems at both the academic and career levels. The various symptoms of autism usually appear at the age of two. The onset of autism in children involves poor eye contact, non-interaction with caretakers or lack of responsiveness when called by name. Autism symptoms worsen to the point that they require consultation with specialists and can include

A common disorder among students and children. Those affected by this disorder are characterized by normal intelligence quotient (IQ) and visual abilities. However, they have difficulties reading due to problems identifying sounds and relating them to letters and words. Symptoms include

Consulting with a specialized physician helps overcome many of these difficulties and obstacles for those affected by this disorder.

These are some of the most common disorders among people, especially children, in which the words they pronounce are incomprehensible in addition to the delay of pronunciation itself. These disorders are caused by